Fishing Fleet in the UK

What does the fishing fleet in the UK look like?

The UK has a lengthy fishing history. With our long coastline and closeness to the rich fishing areas of the North Sea, the English Channel and the west of Scotland. In 2018 the UK had 6036 registered fishing vessels, 112 fewer than the previous year. Aldens Fishmarket have the finest selection of fish and seafood in Oxfordshire. Much of our produce is sourced right here in the UK.

Today’s UK fleet is the result of technological advances allowing vessels to fish more intensively, market changes in supply and demand for different fish species,.Political developments, particularly the UK joining the Common Fisheries Policy (CFP) have also had an effect. The CFP’s use of national quotas has led to a reduction in the size of the fleet to ensure a more sustainable future. A number of decommissioning exercises took place in the 2000s. This allow vessel owners to take a business decision on whether to remain in the fishing industry.

Within the UK, England has the largest number of vessels, but Scotland has the greater capacity in terms of gross tonnage. This is because England has a higher proportion of vessels under 10 metres than Scotland. The Scottish fleet focuses on high volume but lower value fish such as mackerel and herring. Higher capacity vessels are needed to cover the larger sea area and catch several hundred tonnes of fish each trip.

The English fleet focuses on fisheries that are typically lower volume but higher value, such as the Channel fisheries for Sole, Plaice and inshore species, particularly shellfish. The Welsh and Northern Ireland fleets together accounts for 12% of the overall UK fleet. The Welsh fleet is predominantly small vessels under 10 metres, focussed on inshore fisheries. Northern Ireland has a more balanced fleet for inshore fisheries and fishing off western Scotland requiring bigger vessels.

The UK joined the EU and UK fisherman lost access to traditional distant fishing grounds, particularly around Iceland and Greenland. Other EU members gained access to the UK’s Exclusive Economic Zone as part of the Common Fisheries Policy. 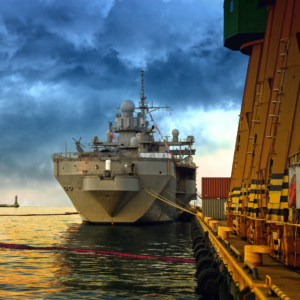 The UK’s history of fishing disputes dates back to the Napoleonic Wars. The war ended in 1815, with a disagreement with France over fishing in the Channel. Since then there have been the Cod Wars with Iceland between the 1950s and 1970s over Cod in the North Atlantic. The Mackerel wars with Iceland and the Faroe Islands from 2010-14. The Scallop Wars with French fishermen off the North Coast of Normandy in 2018. The Cod Wars were about territory and fishing grounds. The Mackerel Wars were about catch and quota sizes. The Scallop wars were both. French fishermen were prevented from accessing their highly productive waters by their government for a closed period to replenish stocks while UK fishermen were not.

These fishing wars can become dangerous. Occasionally rocks, smoke bombs and other projectiles are thrown. Boats also ram each other and national navies deploying warships to protect their fishing vessels and fishermen.

Climate change, which has caused species to move to different sea areas, could intensify conflict over fisheries as countries’ economies are threatened. This jars with the gentle image of recreational angling that many of us have but reflects the high stakes of commercial fishing as a big business.